SWUP – a new way of thinking and being in Ramnicu Sarat!

Home/Events, News/SWUP – a new way of thinking and being in Ramnicu Sarat!
Previous Next

SWUP – a new way of thinking and being in Ramnicu Sarat!

After the transnational meeting of the partners spent in Ramnicu Sarat, Sport for Women in Urban Places is ready to report the first part of the activities spent in our community in the last months. Starting with a Seminar in which we presented the results of Guimaraes meeting, together with representatives of the local community, Bike parade, we continued with competitions based on handball and football for girls, ending with the most important parts: creating SWUP Club for women and generating specific debates and working still to generate and agenda which will continue the results of the project.

More than being a project, SWUP is a start of a new view of the community, centered of the involvement of women through mass sports and debates, facts which generates during February and march more actions and results that will increase the participation and awareness on the one side regarding the importance of wellbeing and on the other hand of generating a strong community ready to react through meetings and sport activities for the different challenges. With more than 40 members in SWUP local club, initiated at the end of February, the project generated also perspectives, solutions, increasing the number of the women ready to get out of their box, investing time for a healthy lifestyle. 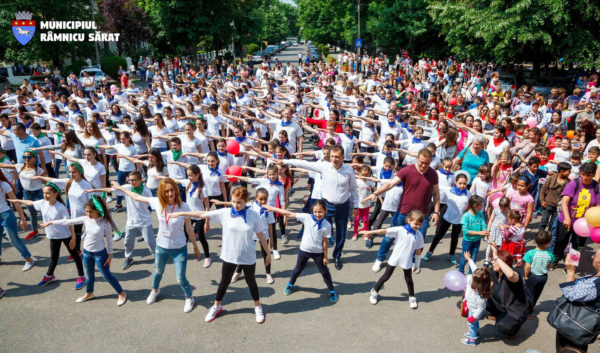 One of the most important results generated in the project besides the specific activities is also the cooperation developed by the municipality with the local citizens and especially with the women from Ramnicu Sarat, considering that the debates generated both ways confidence, suggestions, identifying situations in which the municipality will invest in the next period. Also, the project activated the group of mothers from Ramnicu Sarat, as a new entity co-interested.

February and march will remain the most important period of the implementation considering the number and the quality of the planned actions, starting with Bike activities, actions in the park, meetings and planning of an agenda to include the future actions of SWUP Club.

About the Author: Redazione